Note: This is the text of Scott Alexander's May 17, 2022 post in the Marx Brothers Council group on Facebook, discussed in Episode 47 of the podcast. 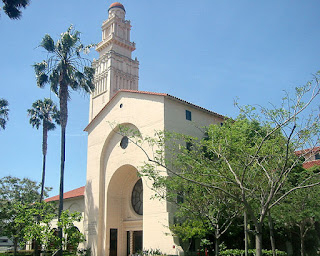 We get the Murphy bed scene. Harpo does the safe robbing scene. Instead of Chico and Groucho being in the next room, they're downstairs in the saloon. Chico is distracting everybody by playing piano. He keeps switching songs. The gag is that he's supposed to be signaling Harpo with certain tunes, but he forgot which one. So he just keeps trying different songs. Groucho keeps throwing out suggestions, or trying to stump Chico with weird titles. It's fun! As an aside, Groucho and Chico’s dialogue is sharp and funny throughout the whole script. K & R know how to write these guys! Their dialogue is amusing and a pleasure. Unfortunately, we end up in that rodeo. I don't want to see Groucho riding a bronco. I wonder if that stinker ending disheartened everyone. The final draft: 11-18-39 And... MGM has destroyed the script. I can just picture poor Bert and Harry sucking it in, convincing themselves that these little changes won't hurt the project. It's grim. By this draft, NO MARX BROTHERS ARE IN THE FIRST SIX PAGES! This is what happens when development executives take over. It's wall to wall scheming bad guys and boy/girl scenes. For six pages! It's madness. FINALLY, Ravelli and Pinky show up. They're no longer lowlifes in a criminal enterprise. Now they're introduced helping the young lovers. BOO! BOOOOOO! And now, take a deep breath... Groucho doesn't show up until page 12! Shameful. The script used to open with Groucho dancing and trying to steal women's money. Now he's gone for 12 pages.

There is an okay variation on Tootsie Frootsie: Harpo and Chico steal Groucho’s bag. Groucho asks Chico what he should do, and Chico says take it up with the Information Bureau. Groucho goes over to the booth… and it’s Chico again. Chico says, you gotta pay the guide. Groucho asks for the Guide, and it's Harpo. Harpo takes Groucho to the Lost and Found department... are you ahead of me?... and it’s Chico again. I'm gonna stop describing it at this point. There's a few more back and forths. It's sounding lamer than I remember. It's MGM Groucho being stupid. There's some nonsense where they kidnap the real fortune teller and impersonate him. Harpo and Chico get to do that routine. But at this point, it's for good (help the kids). So it's inferior to the original draft, where they were just nefarious. Oh! Groucho's name is now Quincy P. Hackenbush! This is certainly odd. It's one thing to poach names from Paramount titles... but to grab an MGM name from 2 years ago seems lazy or disinterested. Is this their tired way of saying, "Whatever. Here, MGM. We give up. It doesn't matter, since you're not gonna make the movie anyway." ??

But, a few more surprises. Groucho has a berserk SONG! I kept waiting for "Go West, Young Man," and incomprehensibly, it does NOT SHOW UP IN ANY DRAFT I READ. Truly weird. But at the obligatory Indian reservation scene (yes, Irving, it's in the earlier drafts), Groucho sings a song where he proclaims that he is an Indian! I scribbled a couple lines of lyric: "My Pa was red, my ma was white, and I was very blue. Three cheers for the red, white and blue!”

We then get the obligatory safecracking scene with Harpo... the by-now-I've-read-it-too-many-times weird Harpo on the tightrope above the street scene, and then some third act nonsense that I forgot to mention earlier. The guys end up in jail (Casablanca again!) and then in court. The court isn't up to Duck Soup standards. I can't even remember who's on which side. But there is one final attempt at an old school piece of Kalmar-Ruby magic: There is a very elaborate, hard to understand breaking-out-of-jail scene that may have been a classic. It's sort of a variation of the Duck Soup knocking on the door scene, where they keep getting in, then locking themselves out. The three brothers and the young lover are in a basement jail. One of them keeps escaping, with physical shtick where one guy gets on another's shoulders to raise him out of the window. Each time they do it, someone escapes, but then someone else gets locked back in the cell. It goes on and on, with every variation possible. As I read it, I was having trouble following the geography, but the dreamer in me trusted that Kalmar and Ruby had it all figured out in their heads, and if they could have just explained it to a director and shot it, the scene may have been a classic. So, that's it for Bert and Harry. They're off the picture. A few brief tidbits from the following year. THE TOUR The first draft was written by Dore Schary and Irving Brecher. It's got a million crossouts and revisions -- it goes on for 140 pages! To answer the million dollar question, the five scenes are: Train Station Stagecoach ride Saloon sequence, with lots of music Breaking into the safe - presented as a split stage! We see both rooms! So much better. The Indian reservation. A few notes: the train station is much, much longer. They’re trying many, many different runs of jokes. The road tour has more broad, physical gags. I'm actually confused why they would go to the trouble of rigging these visual gags on stage, then not doing them in the movie. At one point in the train station, a musket discharges. Boom! A bear trap snaps! At the end of the safe explosion, the fireplace collapses! The coach scene script refers to bouncing and hitting bumps, so I'm assuming the set was on rockers. The Indian camp finishes with an Indian war dance, which turns into a conga number with the guys. A big ending! There is a narrator who fills in the plot. There is a Nat Perrin draft, where he sharpened the dialogue in the train station. His dialogue is the final version in the movie. A great MGM document I found RATED the laughter in the theater, per joke. To quote: “X - a chuckle XX - a giggle XXX - they hold their sides.” Strangely, two jokes go off the chart! "I’ll watch my money, you watch him." "You must have given it to yourself." "Well, somebody’s giving it to me." That gets four Xs! XXXX !!! I guess the crowd liked the dirty double entendre. The ending, where Harpo cuts Groucho’s pants, gets XXXXX. Five X's! Congratulations, everyone. DON'T WORRY, WE'RE ABOUT DONE There are a bunch of reshoot pages. Irving wrote most of them. I was very amused, because I've been through this process. Clearly, there was a test screening, and some moron in the audience wrote on his card, "I don't understand the plot with the bad guys racing to New York. What are they doing, if our guys have the deed?" So a sweaty upper MGM executive demanded that they explain this with a reshoot. Poor Irving wrote not one, but TWO scenes where Groucho literally rehashes the entire deed plot. In one version, Groucho actually explains it to the totem pole that looks like him. Neither version got into the movie. I have no idea if they shot it and discarded it, or if they realized this was just stupid and it didn't matter and why drag Groucho back to the stage to say these lines? Why make Groucho state (I quote): “They want the railroad to buy their land instead of Dead Man's Gulch." Interestingly, one long reshoot did get into the movie, and it was written by a female writer, Marguerite Roberts. She later wrote True Grit! Clearly, MGM thought that "women aren't responding to the love story, so let's have a woman write a humdinger of a love scene." So Marguerite wrote the entire Eve/Terry opening sequence, starting with Eve at the mirror, then Terry riding up on a horse, then blah blah blah, I love you, darling! That's all I got! I guess it's weird that I'm getting out on a discussion of the young lovers, but maybe that's appropriate, since I'm discussing an MGM movie. I hope you all enjoyed my term paper. In conclusion, Kalmar and Ruby are really funny writers, even when they’re not delivering their best material, and their version would have been SO much better. They understood that the Marxes are bad boys and have to be presented as naughty. Groucho is introduced as a sleazy lawyer. Harpo and Chico are carnival con men. This services the guys, so that they can shine. So please give me an "A." I stayed up all night, finishing this! And I look forward to further discussion!

Thanks to Scott for letting us run this! The original post can be found here.