Episode 33: The Boys Are Back in Town 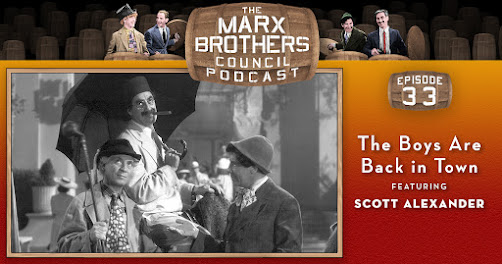 Our Night in Casablanca deep dive is a packed episode, featuring not only the second appearance of boldface name Scott Alexander (see?), but Les Marsden himself lending his voice to some more deleted scene recreations. But don't worry; we gave it back to him after the session.
Official description: "Noted screenwriter and Marx devotee Scott Alexander returns, this time for a deep dive into 'The Howl Raiser of 1946,' A Night in Casablanca.
"The Marxes' screen comeback after five years was a triumph both artistically and financially, though not really appreciated until recent decades. With sharper writing and surprising moments of surrealism, it almost feels like a return to Paramount…but, as we point out, the Thalberg softening of the team was still in evidence. We detail our first experiences with the film, point out plot discrepancies, note classic lines, and most importantly, realize the Marxes could defeat the Nazis even without Zeppo.
"And as a bonus, The Not Ready For Online Players return for two more deleted scene recreations…" 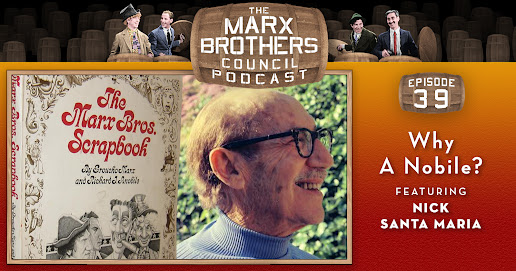