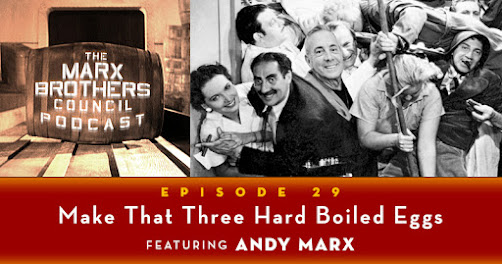 Episode 29 is a big one, folks, in which we discuss one of the Marx Brothers' greatest films with a gifted photographer and designer, an accomplished novelist, a fine musician, Groucho's grandson for cryin' out loud, and Gus Kahn's grandson at the same time -- with only one guest!
Official description: "In our NEW longest episode yet, we welcome Groucho’s grandson, Andy Marx, for a deep dive into A Night at the Opera, and a whole lot more…
"Andy recalls growing up with Groucho during the time he went from being a game show host to a legend. We learn about his curious connection to rock stars and speculate on his politics. We also hear about Andy’s other famous grandfather.
"Finally (at 28:40), we turn our attention to what most Marx fans agree is their first film for MGM. We try and make sense out of why this reinvention of the team  works so well…all while doing the unbearable nitpicking we have become famous for!
Name-checked in this episode: Elton John, Richard Nixon, Scott Alexander." 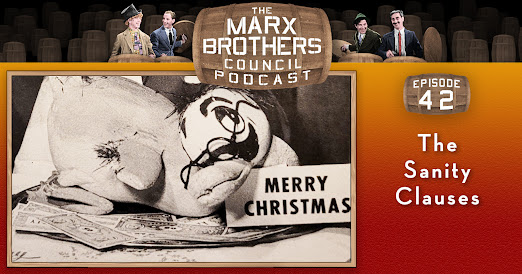