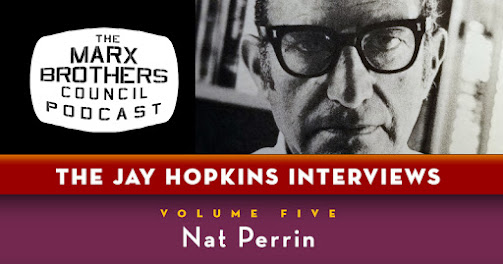 Official description: "In our final trip into the vault, we are treated to Jay’s never-before-heard 1984 chat with writer Nat Perrin. Perrin talks about his 50-year association with the Marxes, from contributing gags to Monkey Business all the way to Erin Fleming’s legal challenge to Groucho’s estate.
"You’ll hear about Nat’s work on the Flywheel, Shyster and Flywheel radio series, and his later contributions to Go West and The Big Store. Perrin also discusses some of his non-Marx films and later TV work. 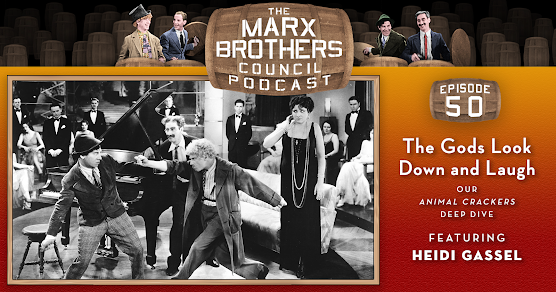