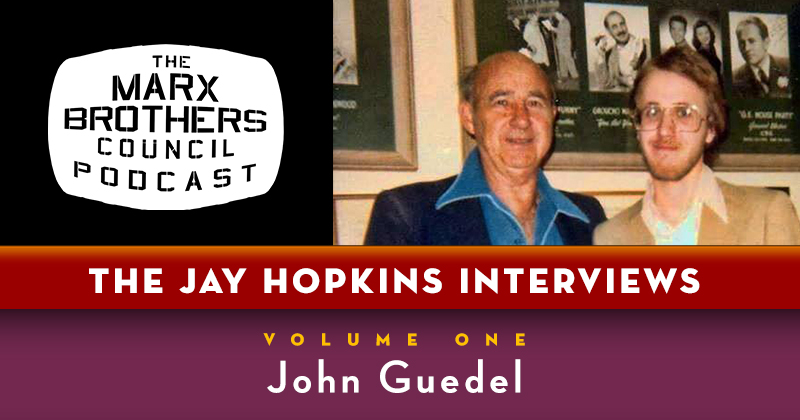 Before Jay Hopkins became internationally famous as the special guest on Episode 15 of the Marx Brothers Council Podcast, he was already beloved as social media gadfly and leader of the Marx Brotherhood. During the Brotherhood's golden age, Jay conducted numerous exclusive interviews with noteworthy figures from the Marx Brothers universe. As hinted in Episode 15 of the podcast, Jay has generously agreed to allow some of those interviews to be released here as bonus episodes. And so, we now inaugurate a series within our series: Welcome to The Jay Hopkins Interviews.

The official description: "The first in our exclusive series of vintage interviews from the archives of Marx Brotherhood founder, Jay Hopkins. From 1979, Jay talks to You Bet Your Life creator and producer John Guedel about the genesis of the show, how it was put together each week, and how the show library was on the verge of being discarded in the early ’70s before John and Groucho came to the rescue...which in turn, led to its huge revival."

The last significant work by Groucho Marx as a performer was An Evening With Groucho -- which is the title of his 1972 concert, and the resu... 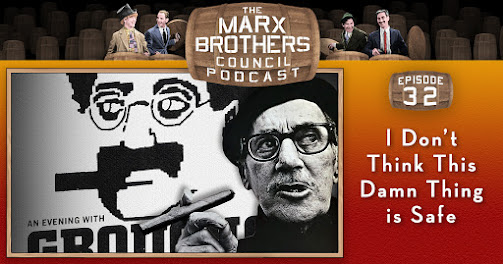