Episode 15: This Magnificent Display of Effusion 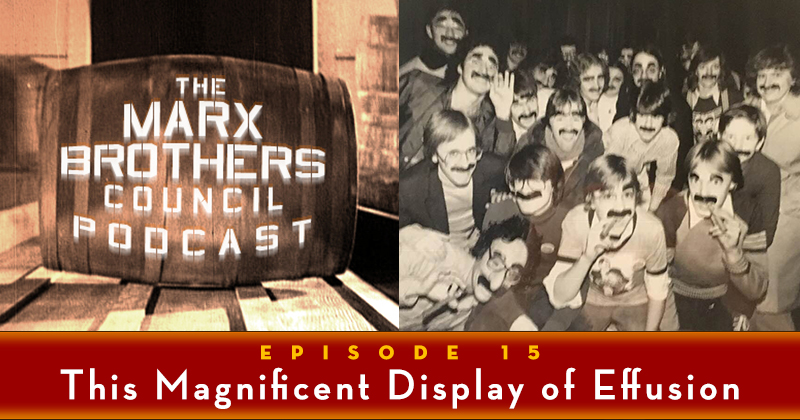 The Great Marx Brothers Renaissance of the 1970s is the subject of our fifteenth episode, which includes our conversation with Marx Brotherhood leader and Marx Brothers Council stalwart Jay Hopkins, as well as an excerpt from one of Jay's fabled interviews (in this case, with You Bet Your Life producer John Guedel).

Here's the official description: "Founder of the legendary Marx Brotherhood fan club, Jay Hopkins, joins us for a look at the 1970s Marx renaissance. What caused it? Could it happen again? What was Nat Perrin’s apartment number? We examine Groucho’s part in the movement, as well as his curious relationship with Erin Fleming. Jay tells of his experiences with the Brotherhood, as well as his firsthand interviews with important Marx figures…at least the ones he didn’t scare off."

Note for early birds: When a new episode is released, it might not be immediately available at all the locations below. If you click a link and Episode 14 is still the most recent one on the list, try another, or try to be patient! And above all, don't worry.

The thirtieth episode of The Marx Brothers Council Podcast is also our final episode of the year 2020. This has been a singular year, to sa... 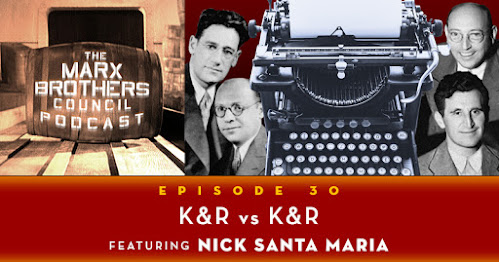